You are viewing documentation for Structure Server and Data Center version 6.2 and patch releases. For other versions, see Version Index or Structure Cloud. | ALM Works Business Continuity During the COVID-19 Outbreak

When using a formula, you can assign a variable to reference another column in the structure, including another formula column.

To assign a variable to another column, look for the Used in Columns section of the attribute selection drop-down. 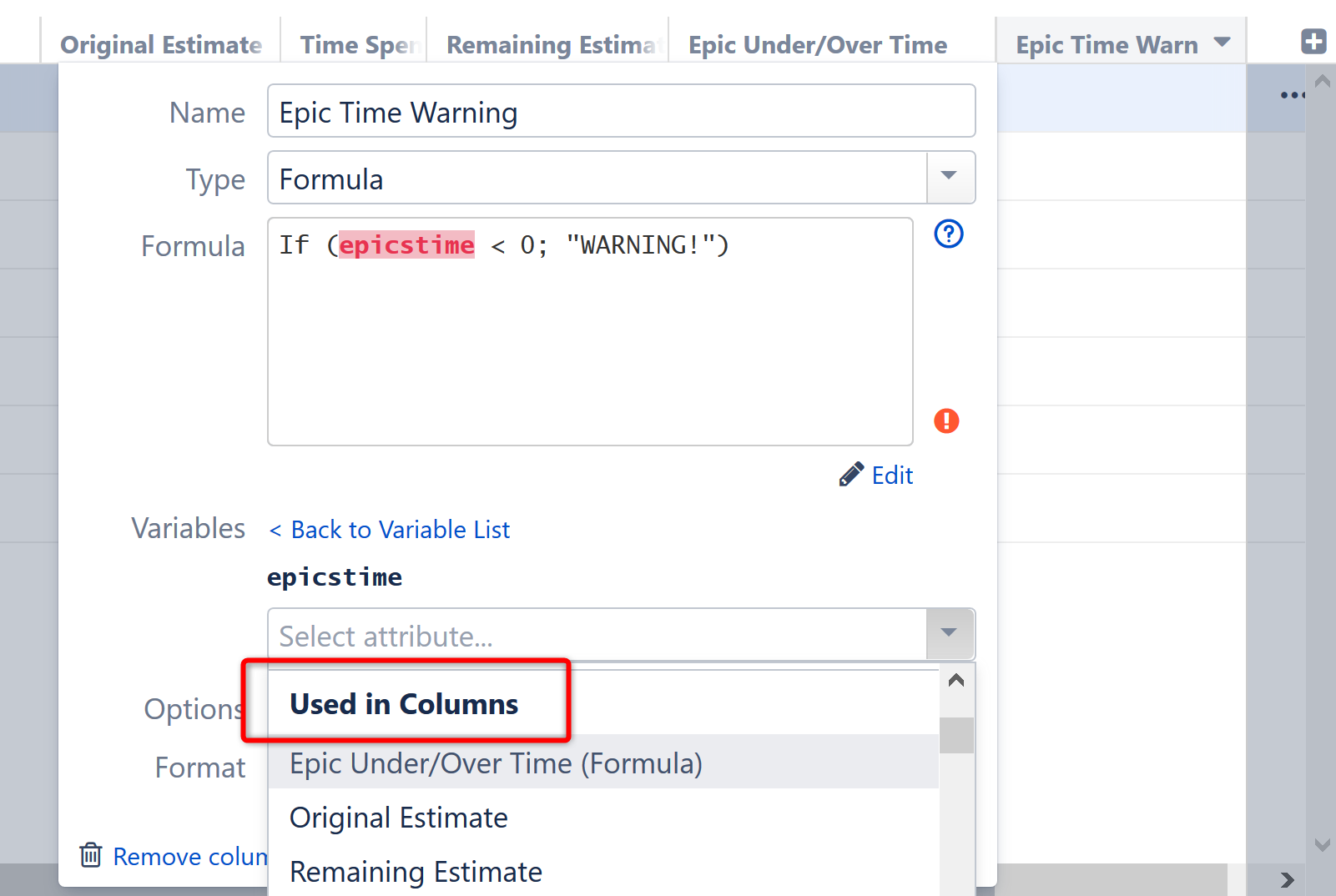 Data is Copied, Not Linked

The Used in Column attribute copies the existing column. It does not link to that column. This means:

In the example above, we created a variable to track the results from the Epics Under/Over Time formula we created in our Formula Column article. If the original formula resulted in a negative value, this column will list a simple "WARNING" text flag. (You could also make this flag more effective with Wiki Markup!)

Once we've created this new formula, we could delete our original Epic Under/Over Time column (if we wanted to). The Epic Time Warning column will still give us a warning whenever we've spent too much time on a particular epic, because the new column (Epic Time Warning) continues to do all the calculations the original column did, even though the original column no longer exists.