The Team-managed Project Hierarchy Extender pulls in issues under epics and/or sub-tasks under issues for Team-managed projects.

In the example above, we built our hierarchy by adding all our epics using a JQL/Text Inserter, and then we placed our tasks beneath them and our sub-tasks beneath tasks, using the Team-managed Project Hierarchy Extender. 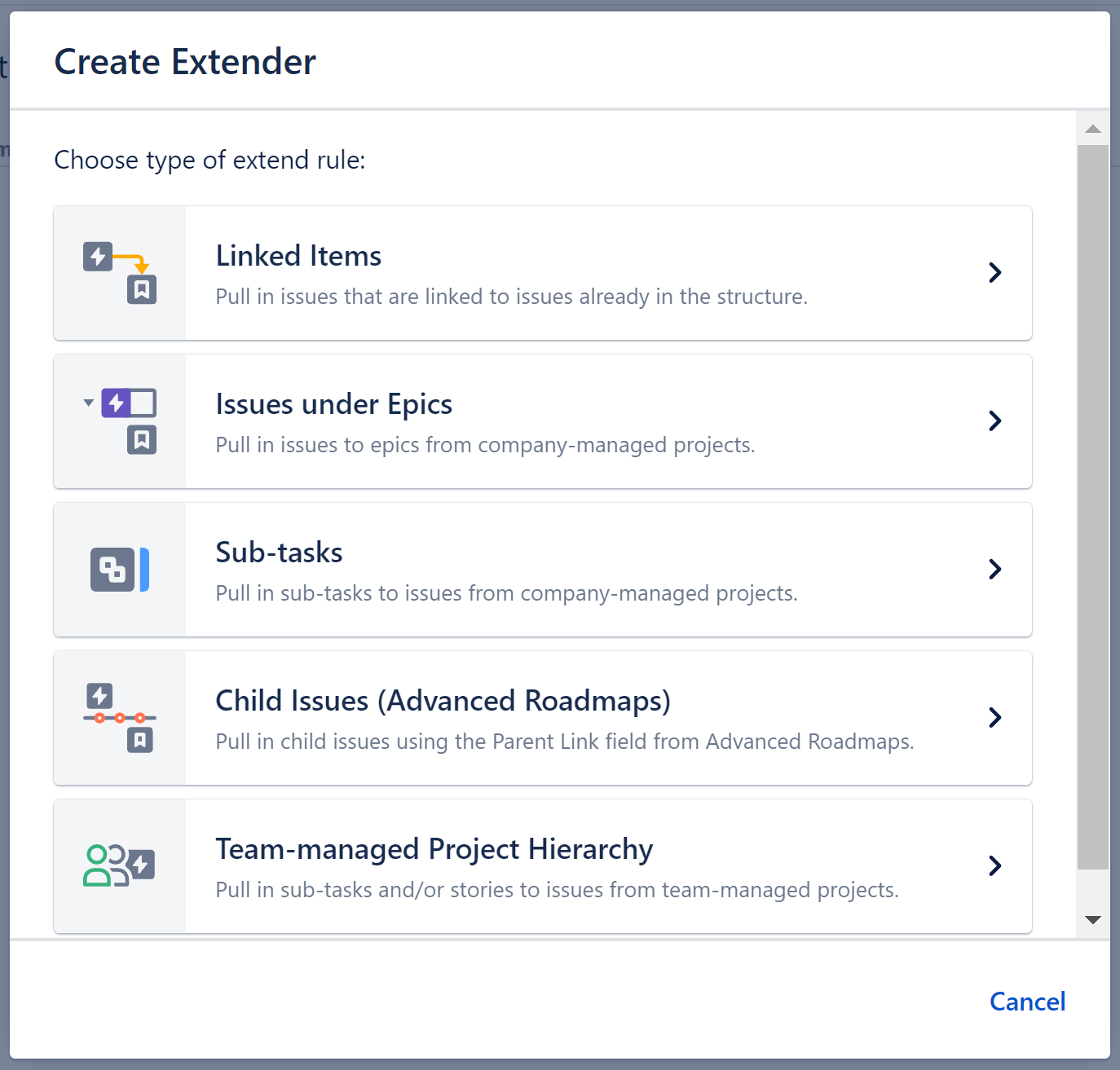 Each Team-managed Project Hierarchy Extender can be customized to create exactly the hierarchy you need. 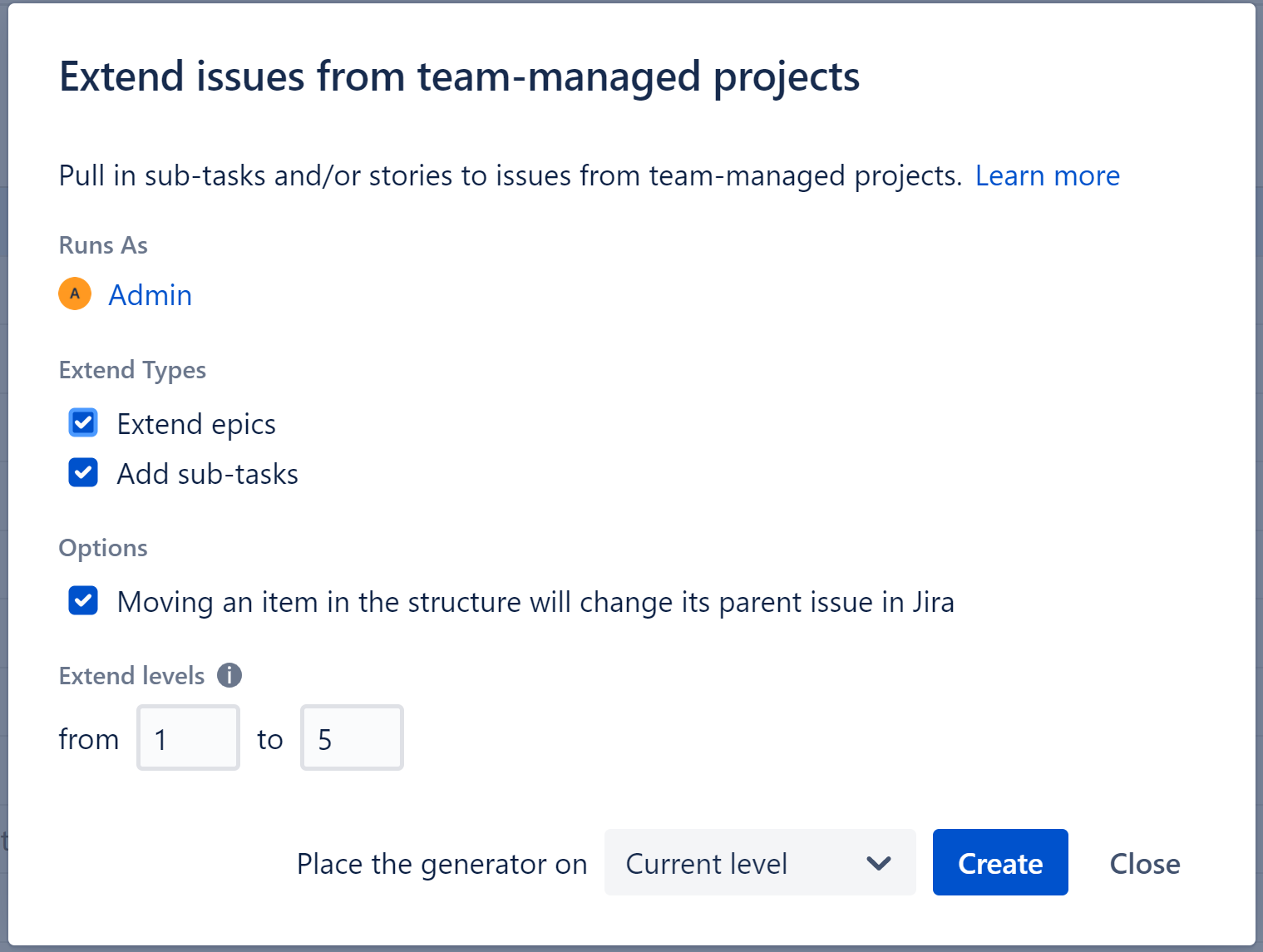 If checked, this option allows you to change an issue's parent issue by dragging it from beneath one issue to another:

You can change up to 100 issues with a single move. If you need to update more than 100 issues, simply move them in chunks of 100 or fewer.

Please be aware that it may take up to several minutes to process all changes if 100 issues are moved at one time.

Allows you to specify which levels in the hierarchy the extender should be applied to:

If you select both Extend Epics and Add sub-tasks, make sure to include enough levels for both. For example, if you select levels "from 1 to 1," issues will be placed beneath any epics in "Level 1." Those issues would then be in "Level 2," so the extender will not add sub-tasks beneath them. If you want those sub-tasks added as well, you would need to specify levels "from 1 to 2."

Place the generator on

Select where the generator should be placed within the structure hierarchy. This location will be considered "Level 1" when applying the generator (see "Extend Levels" above).

You have three options:

If a level is grayed out, it means it is not possible to place the generator on that level.