In the following example, we're going to recreate one of our bundled formulas, BugFix %, using temporary columns as variables.

Create a new formula column and define the main formula. We're using total_bugs and total_issues as variable names, but they really could be anything.

A few things to note: 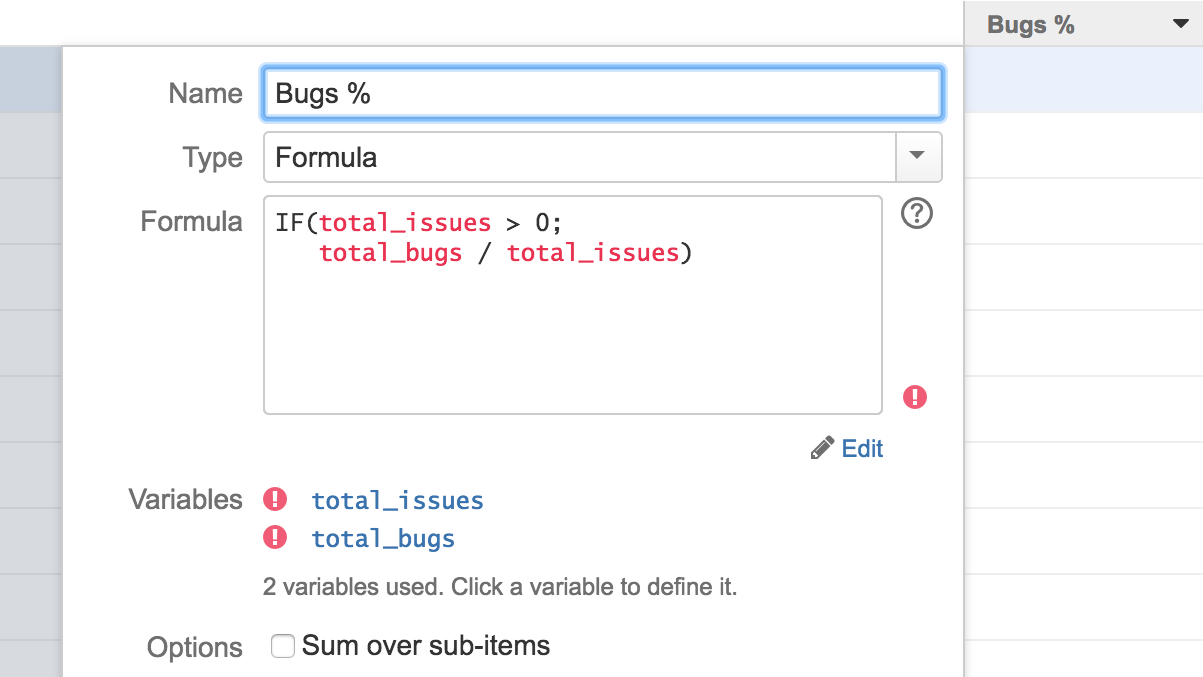 2. Create a Temporary Column with Total Number of Bugs

Next, we'll create a temporary column to calculate the total number of bugs. 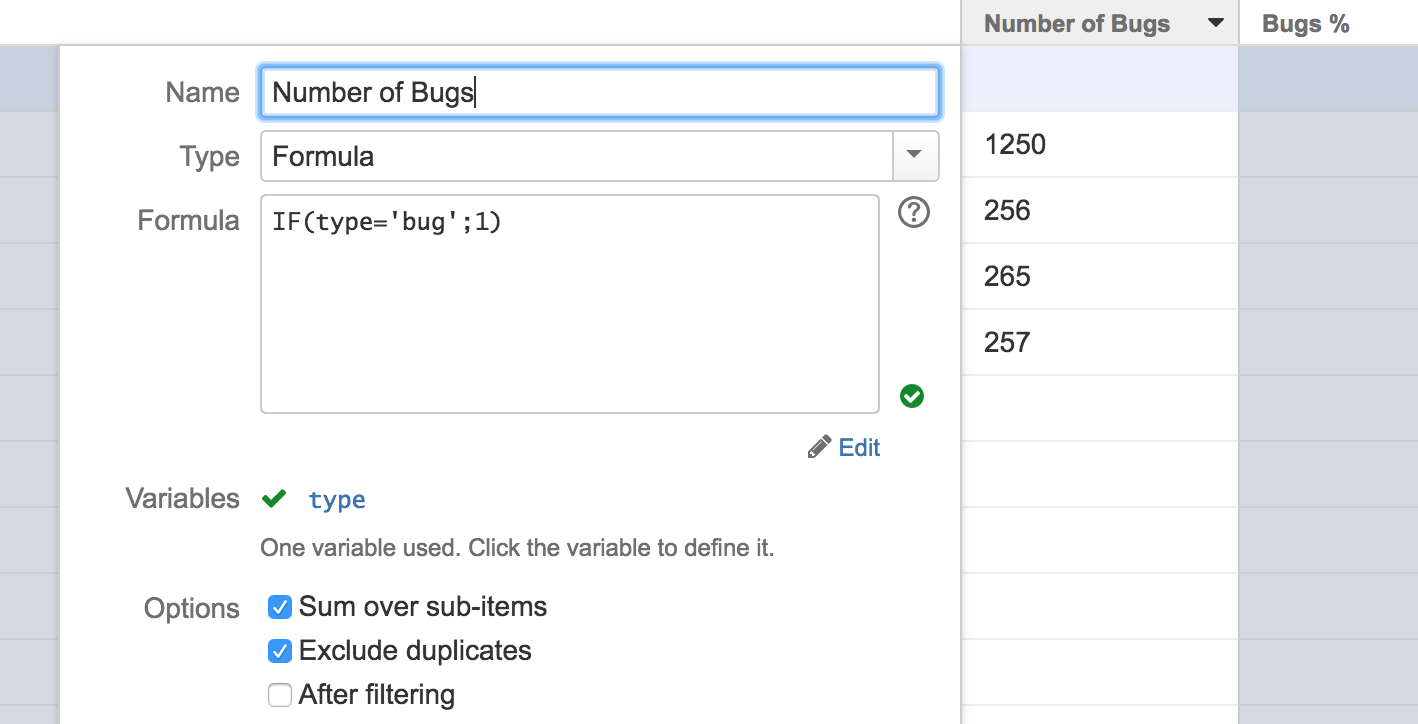 3. Create a Temporary Column with Total Number of Issues

This time, we'll create another temporary column to calculate the total number of issues.

In the Formula section, enter: IF (itemtype='issue';1)

Now it's time to map the main formula's variables to the values calculated in the temporary columns: 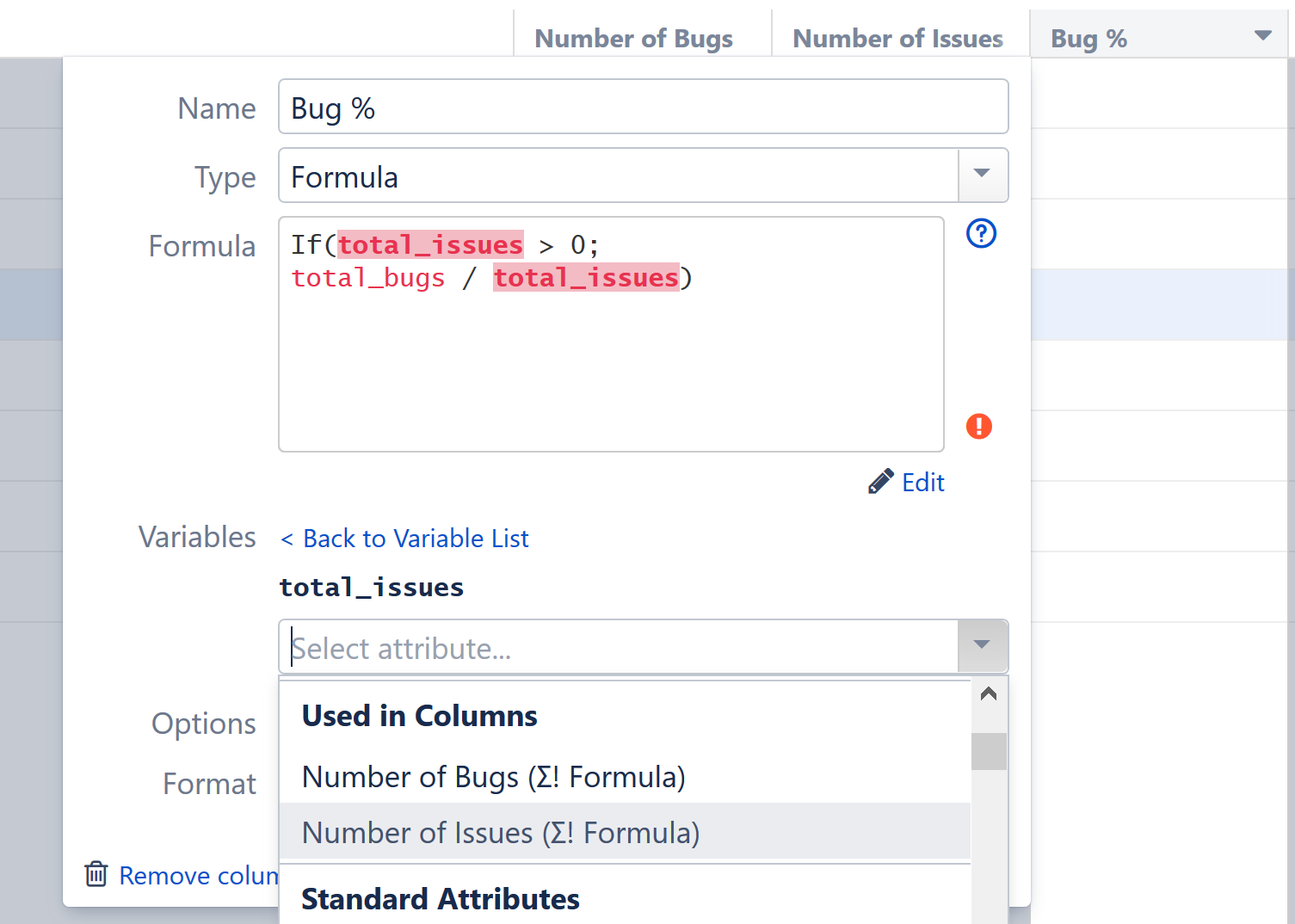 If you change the formula in the temporary column and want the change reflected in your main final formula, you will need to reassign the variable in the main formula.

Before we finish, we need to change the format to Percentage. And that's it - you've created an advanced formula! 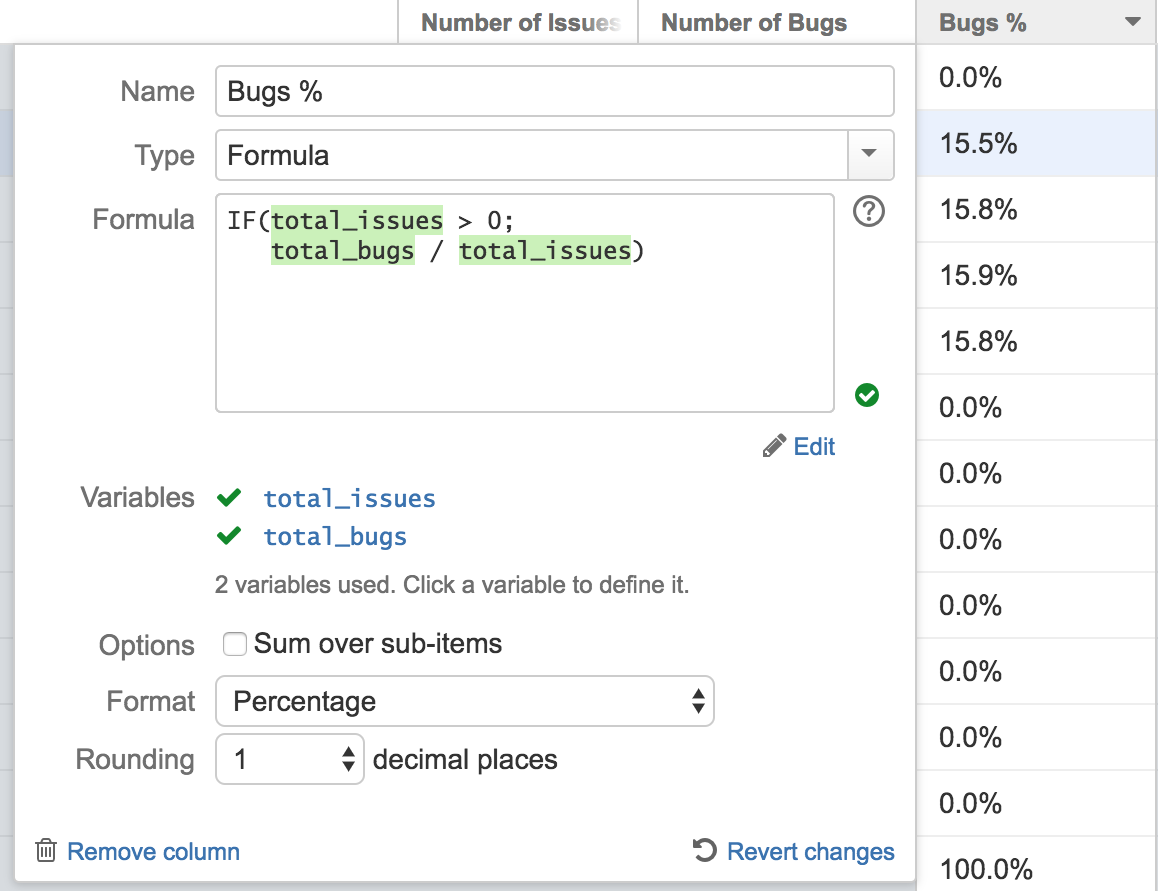 As a final clean-up, you can remove the temporary columns from the grid. The Bugs % column has all the information it needs to do the calculation.