The Linked Issues Extender pulls in issues that are linked to issues already in the structure. Linked issues will be placed beneath the current issues in the structure's hierarchy.

When using the Linked Issues Extender, some issues may appear in your structure more than once. In the example above, "Team A Story 15" appears twice, because it met the criteria for the original Inserter AND it was linked to "Team A Story 1."

You can use the Inserter/Extender Duplicates Filter to remove these duplicates from your structure.

Each Linked Issues Extender can be customized to create exactly the hierarchy you need. 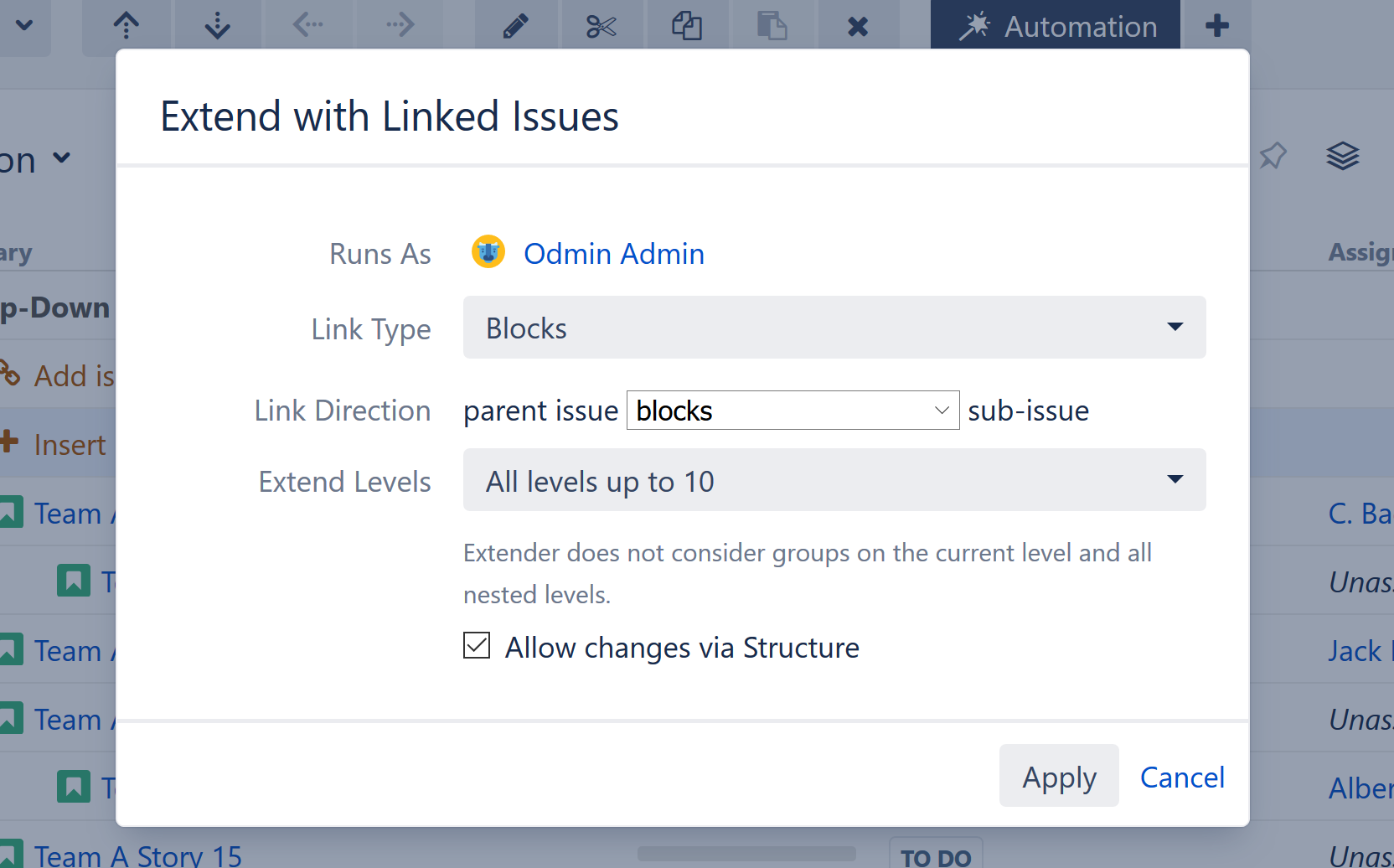 Link Type - Allows you to specify which links to add to your structure.

Link Direction - Defines which side of the link is the parent issue and which is the sub-issue.

Extend Levels - Allows you to select which levels in the hierarchy the extender should be applied to:

Allow changes via Structure - If this option is checked, links will be updated as you move issues in your structure:

If you select the links to go in both directions (ex. "parent issue blocks or is blocked by sub-issue"), issues will be extended in the "shortest path" mode. This means linked issues will only be added the first time that link is represented in the structure.

This is done to prevent a strain on system resources and keep structures more manageable. 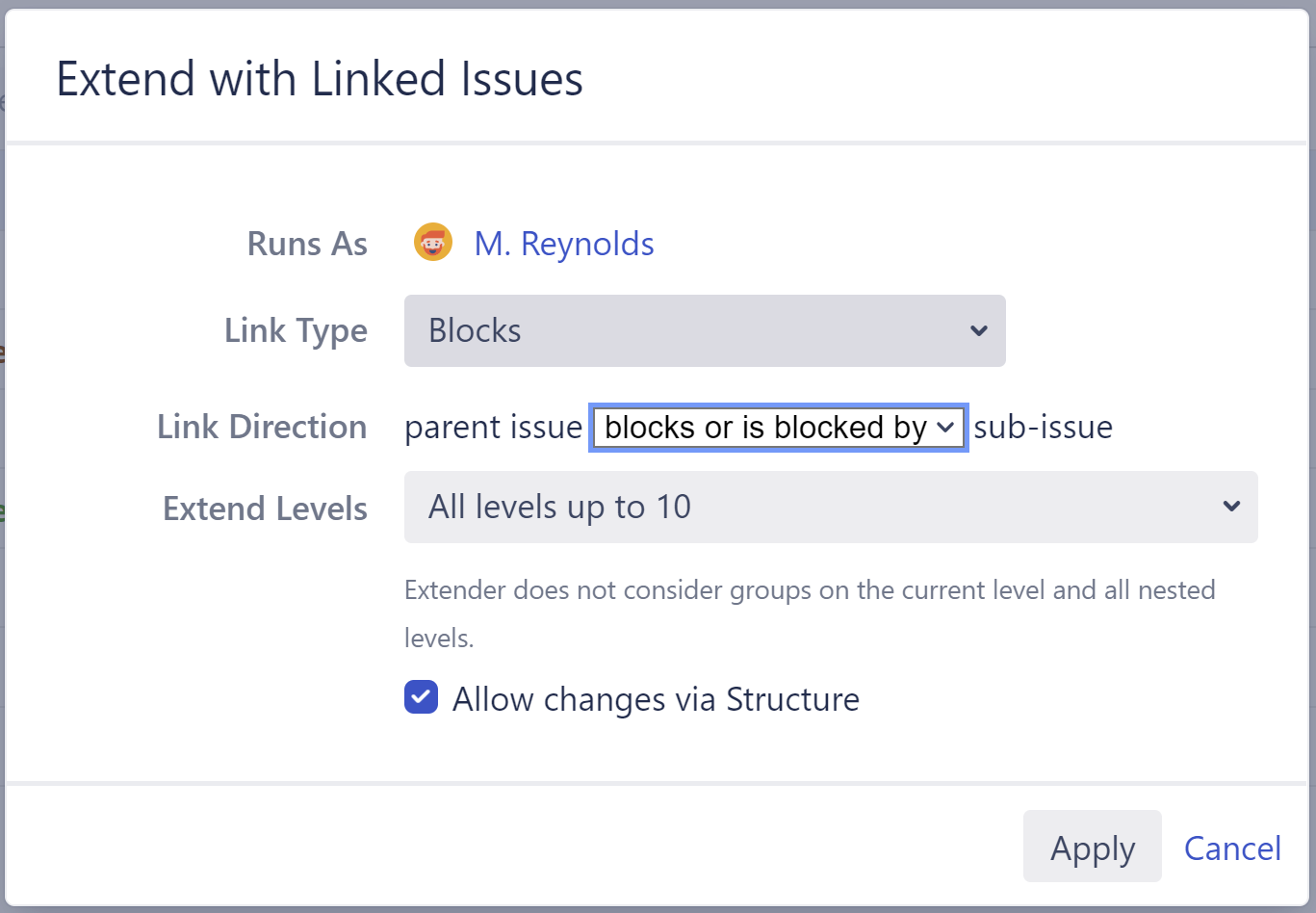 The following hierarchy will is created:

If the extender did not use "shortest path" mode, this hierarchy could continue in a loop, adding a third level of hierarchy (with Task A below Task B and Task B below Task A), and then a fourth level, etc.... until the tenth level was reached.