Once installed, Testy plugin allows you to create and maintain a special type of Structure column called "Test Run". You can exploit Structure's ability to manage hierarchical lists to build up testsheets, and Structure. Testy lets you to quickly mark and see test steps statuses in step results in separate column. 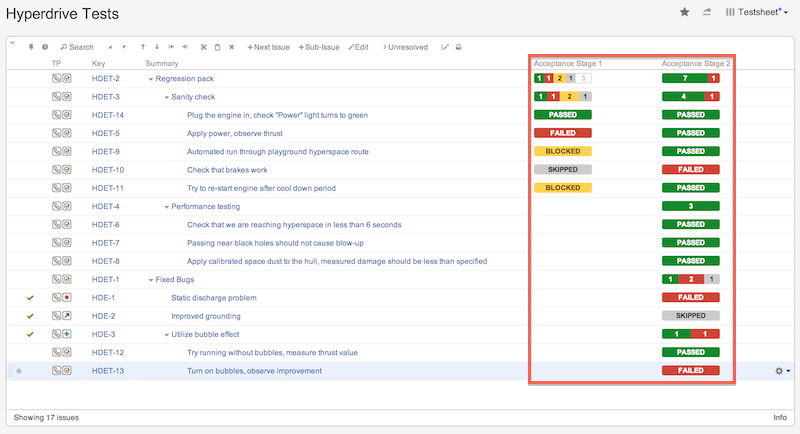 Adding Test Runs to the Structure

Adding test run coumns is done through standard add column dialog. To add a column, click on the + button at the right corner of the table header. A drop-down with available column presets appears. Scroll down to see Testy group of columns 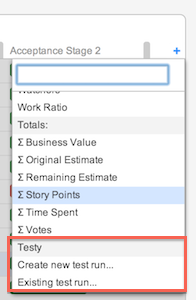 Either of them will create a Test Run column, which could be changed to display any available test run later. 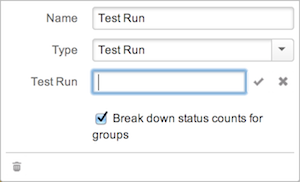 Press enter or √ icon to save created test run. If name is invalid, it will let you know. 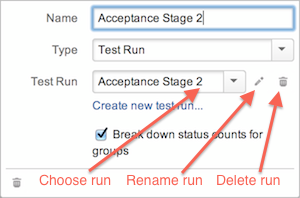 You can choose one of already existing test runs, associated with particular structure by adding Existing test run... column to the widget and chossing from a drop-down list in column configuration dialog. This dialog will also let you change name of the run or delete it completely.

By default, the drop-down list displays only test runs which are associated with current structure. Though you can also decide to add some test data for displayed issues, which are associated with another structure. To do this, you must start typing test run name, then you will be able to choose it. Test run modification permissions are tied to structure permissions, so it may be available only in read-only mode to you. 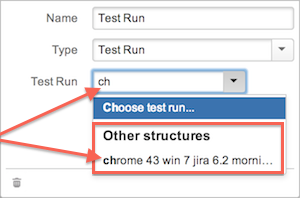 Once you created a new or existing test run column, you can start setting test step statusesresults. To do so, simply click on the empty space or already displayed statusresult, corresponding to specific issue. A status result selector popup will be displayed. Choose one accordingly. 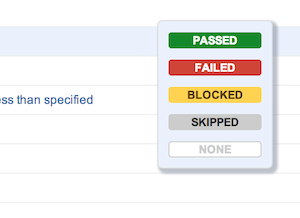 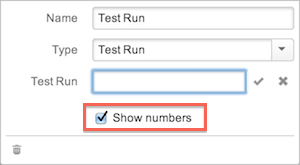 By default, group issue status is test result is displayed as a distribution of its children statusesresults. You may choose to display it as single status value by unchecking Break down status counts for groups options. The single group status which result by unchecking Show Numbers options. In this case, it is calculated by the following rules: